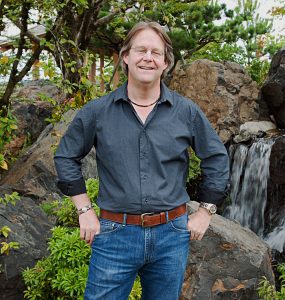 Hi!  Thanks for visiting my website.  I am Gary Marks, an artist exploring the creative realms of medallic design, colorful abstract painting on canvas, and wall sculptures made of layered wood.

My art is my visual commentary on life, the value of the individual, and liberation from those things, inward and outward, that confine us and prevent us from reaching our God-given potential as free individuals.

Art Nouveau Master Alphonse Mucha, a devoted patriot of his native Czechoslovakia, was called on to design his nation’s paper money shortly after the end of World War I.  He was quoted as saying of the experience that it was an opportunity to “talk in my own way to the spirit of the nation, to its eyes which carry thoughts most quickly to the consciousness”.

Mucha’s quote captures the essence of why I, as an American patriot, am driven to design and produce art medals, paintings and sculptures celebrating the virtues of life, liberty and the pursuit of happiness.  It is my aspiration that my art would, by some measure, impact the American consciousness in a way that deepens the love of liberty and its anchor in the soul of the nation and in its people.

But liberty goes beyond the American condition.  It is the right of all mankind to live free.  My art seeks to promote liberty and to inspire and motivate its ascendance for all peoples.